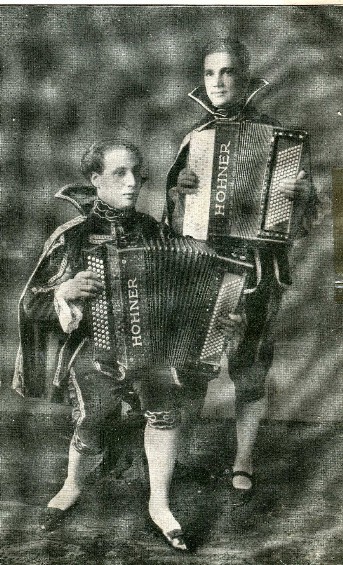 The year 1919 was a very busy year for Gellin & Borgstrøm. They toured constantly, not only in Denmark, but in many other european countries. In addition to the concerts they made numerous recordings throughout 1919. Most of their recordings were done in Berlin, Germany.
Discography --  The exact number of recordings of any one year is not known. I have only listed the ones for which I have all the facts, such as Title, Performer(s), Date of recording, and Label. For more than 100 recordings I have not established the dates of the recordings, as of yet.  A complete list (including composers/arrangers) will be available at the end, with or without dates. 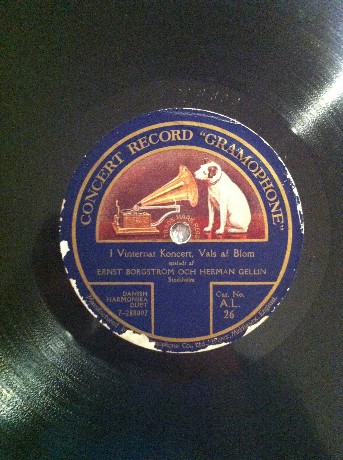 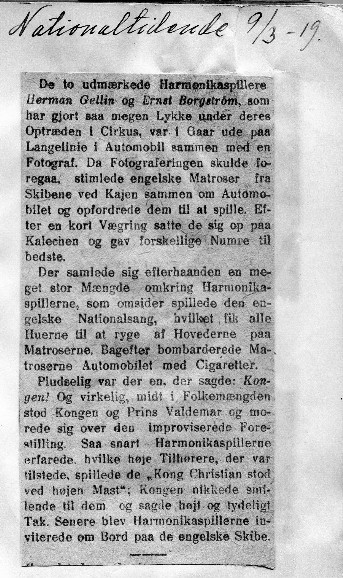 The two excellent Accordion players, Herman Gellin and Ernst Borgstrøm, who have had much success during their performance at Cirkus, were out on Langelinie harbour yesterday with their automobile and a photographer. When the photos was to be taken, English sailors gathered from the ships from the harbour around the car and encouraged them to play. After a short refusal, they sat up on the hood and played several numbers.
Gradually, a very large crowd gathered around accordionists, who finally played the English national anthem, which made the hats come off the heads of the sailors. Afterwards, the sailors bombarded the car with cigarettes.
Suddenly someone said the King was here. And really, in the midst of crowds, the King and Prince Valdemar were amused by the impromptu performance. As soon as the accordion players learned what a high audience was present, they played "Kong Christian stod ved høje Mast" (Danish national anthem). The king nodded smiling and clearly said Thank you. Later, the accordion players were invited aboard the English ships.
Gellin & Borgstrøm plays
Amerikansk Variety Polka
Composed by Guido Deiro
Recorded 1919 on Beka Label
Guido Deiro 1866-1950.
This was first recorded by Guido Deiro in
1911 on Columbia label titled Variety Polka.
The sheet music was published in 1916 with
the title  'Polacca Variata'. 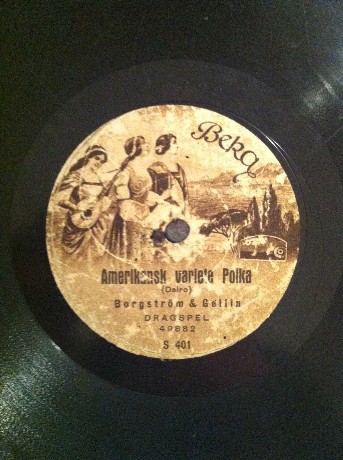 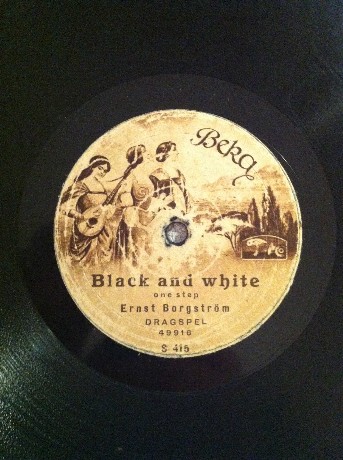 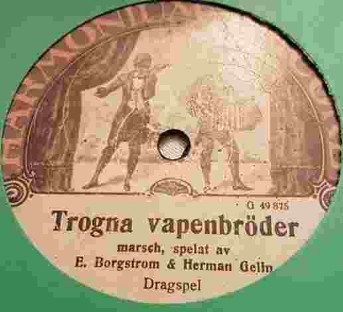