Unfortunately the scrap book ends here, however, their career marches on. By now, Herman Gellin had become an expert in booking  tours, and throughout the 1930's they were constantly on the road, featuring many of the most beloved entertainers in Denmark. Some of the famous names of the time were, Victor Borge, Osvald Helmuth, Liva Weel, Olga Svendsen, Ib Schønberg, and always a dozen dancers.

I can attest to their constant travelling, because, as a child, I never saw my father in the winter months, only in the summer months, when he was playing in "Cirkusrevyen", which was only about 30 minutes from our house in Copenhagen, Denmark.  They performed there from 1935 - 1941, then after the war 1948-1950.
Cirkusrevyen 1935- 1939
"Cirkusrevyen" is located in Dyrehavsbakken, which is the world's oldest amusement park.  Since the original opening in 1583, nowadays, with 2.5-2.7 million visitors per year,  it has been Copenhagen's most popular recreation spot. Today, Dyrehavsbakken or "Bakken" as it is generally known as, is the prime example of genuine Danish popular culture. Cirkusrevyen plays every day of the week, except Sunday, normally begins in middle of May, and ends at the end of August.

Cirkusrevyen is actually performed in a large tent, with an identical seating plan to a regular circus with 1316 seats, stage, and changerooms for the entertainers.
Over the years, the Circus Revue, which opened in 1935, has gladdened the heart of many a visitor to Bakken, and it is still going strong. . The concept was matured and implemented in collaboration with Oscar Holst, the director, Herman Gellin, Ernst Borgstrøm and Carl Petersson. In addition, and over the years that group secured the services of some of the best known entertainer at that time in Denmark. Personalities such  as Victor Borge, Ludvig Brandstrup, Carl Fischer, Olga Svendsen, Christian Arhoff og Elga Olga, Ib Schønberg all scored great successes both before and after the 2nd world war. In 1945 the telt was dismantled and erected in Copenhagen proper. The following year, the war over, it was erected again at the original location.
The picture below shows a more recent look of Cirkusrevyen. 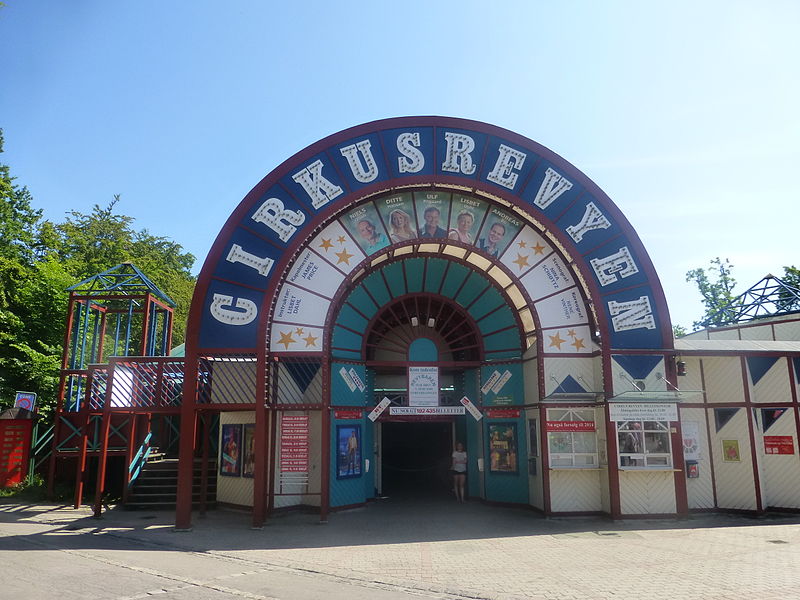 Osvald Helmuth (1894-1966) was a Danish stage and film actor and revue singer.
His career began in Randers in 1913, and he later appeared in the Nørrebro Teater in Copenhagen. In 1929 he got his big break with the revue song " Ølhunden glammer" by Poul Henningsen.  He devoted himself for many years as revue singer and was  known as a dazzling show interpreter.
Along with Oscar Holst he opened Cirkusrevyen in 1935 with stars like Liva Weel, Ludvig Brandstrup, Geliin & Borgstrøm. He was in Cirkusrevyen in four seasons 1935-38
In 1936 he appeared in his first film, Cirkusrevyen, a musical comedy in which he displayed his singing talents, directed by acclaimed directors Lau Lauritzen, Jr. and Alice O'Fredericks. This paved the way for a successful film career in the 1930s and 1940s.

Olga Svendsen (1883-1942) Actress and Revue singer
She starred in a number of silent films and achieved over the years great success in  revues, Danish film comedies and in Cirkusrevyen, where she performed until shortly before his death.

Liva Weel  was a Danish singer and actress. She is listed in the book of The 20th century's 100 most important people in Denmark.

Liva Weel got her start at Odder Summer Theatre 1917 and got her breakthrough the year afte at the Scala in Copenhagen. The repertoire consisted of operettas and revues, where her large, fresh voice came into its own. Especially in the revue, she developed a phenomenal characterization capability combined with distinctive comic imagination, and she created a number of original characters, from spinster quick-witted mistress.
Poster of the first Cirkusrevy, 1935 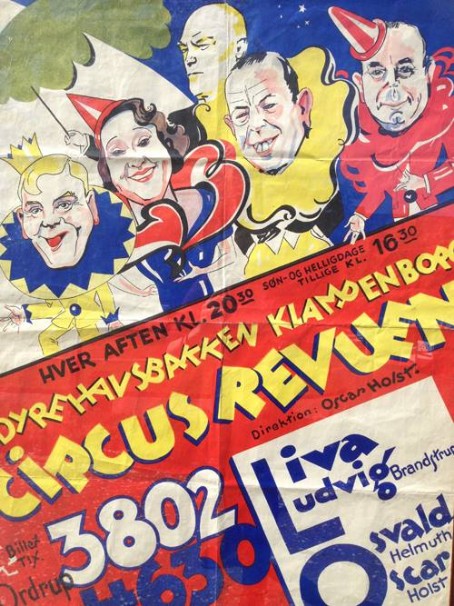 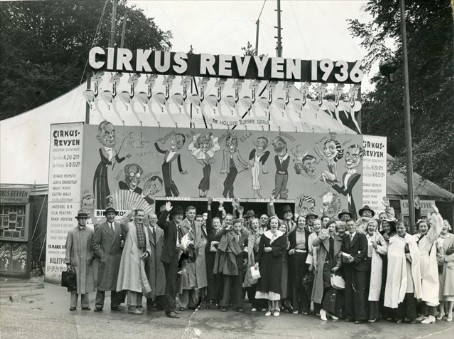 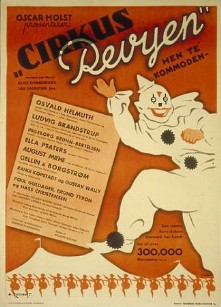 Cirkusrevyen is usually open through the months of May to August. After it had closed in 1936, it moved into  Nørrebro Teater., in Copenhagen
Nørrebro Teater opened in 1887

Picture before the Theater's fire in 1931 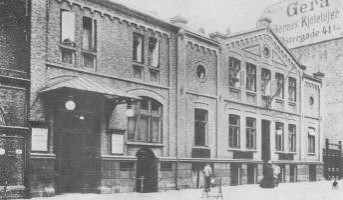 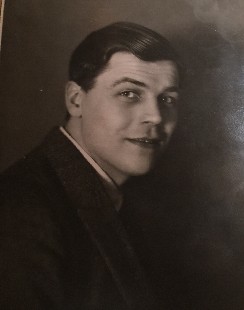 Eilert Henning Lindorff-Larsen, orchestra leader/conductor and composer He graduated in 1920 and took organist graduated from the Music Academy in 1922 and was for years  organist  at Copenhagen Cathedral. In 1925 he had his debut concert. From 1930 he was assigned to the New Theatre, Casino, Dagmarteatret as a theater conductor and was conductor of the National-Scala and Cirkusrevyen. In addition, he has led the entertainment orchestra in Danmarks Radio. Lindorff-Larsen composed organ music, songs and orchestral music and dealing with the music for ballets "Irene Holm" and "The Virgin Spring". He married October 23, 1925 in Frederiksberg Church with Esther Jacobine Rasmussen (29-12-1899). After the divorce in 1933, he was 15 February 1934 married at City Hall with the actress Ellen Jansø. Later he was 1 April 1951 married to actress Gerda Gilboe.
Arranged music for Cirkusrevyen which included some fine arrangements for Gellin and Borgstrøm with orchestra.
Two were later recorded in "His Master's Voice" in 1937: "Zigeuner Fantasie" and "Harvest Feast". Both pieces can be heard on this page. on this page. 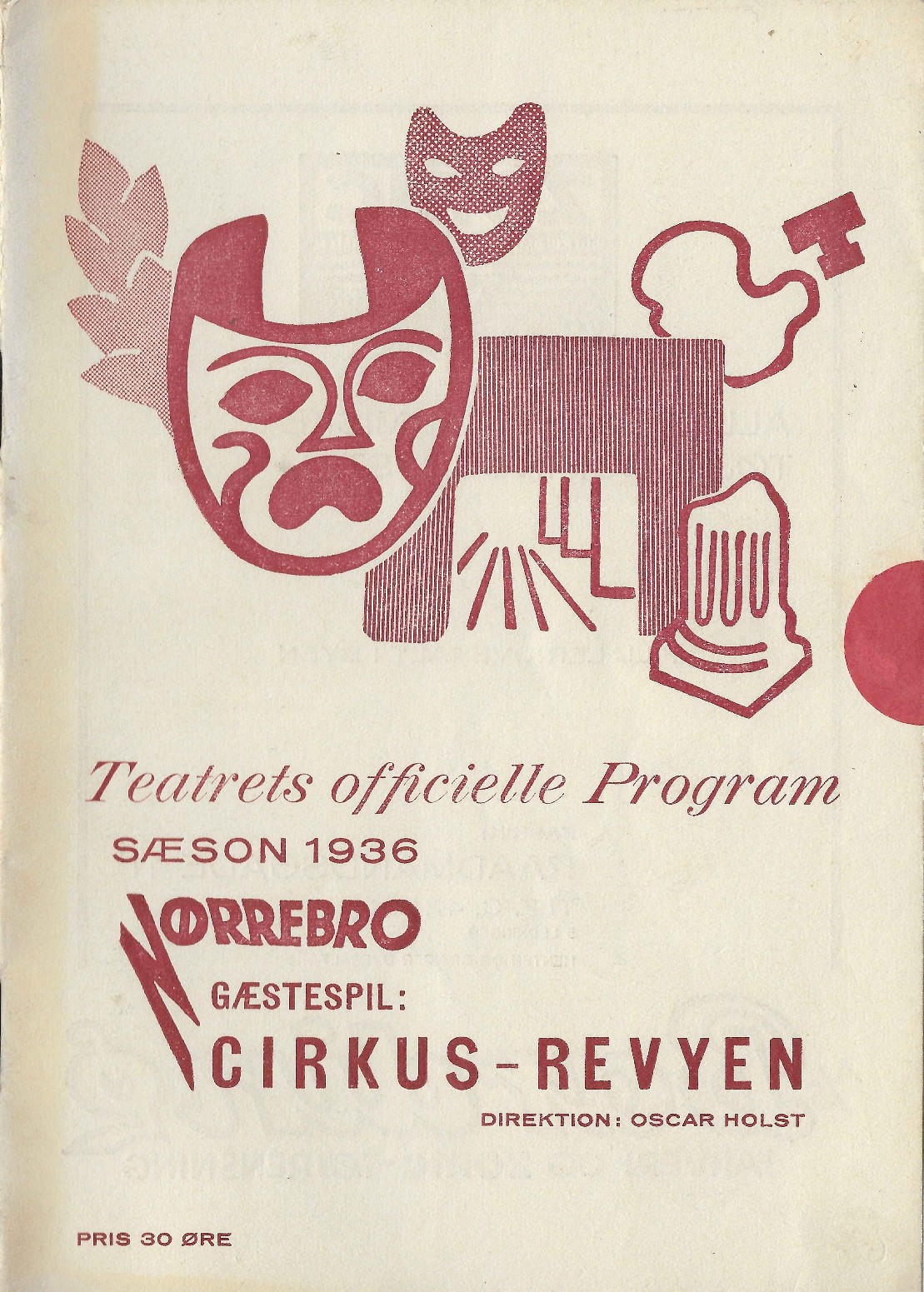 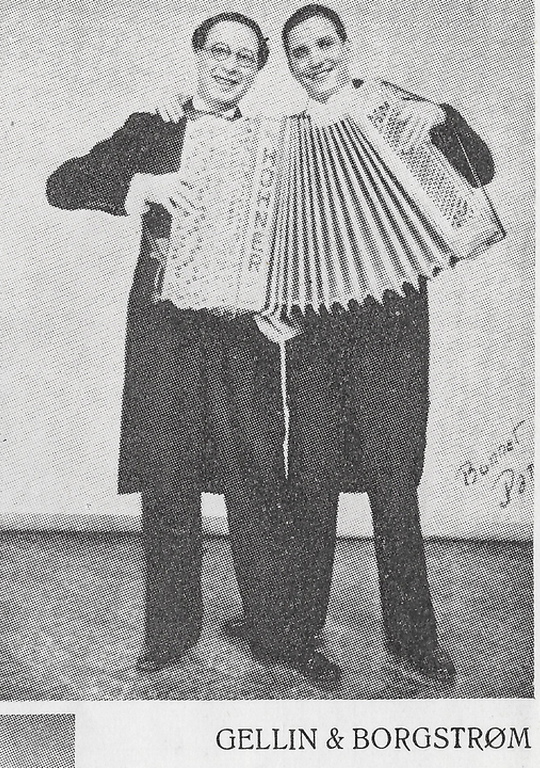 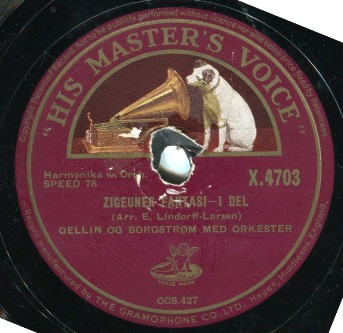 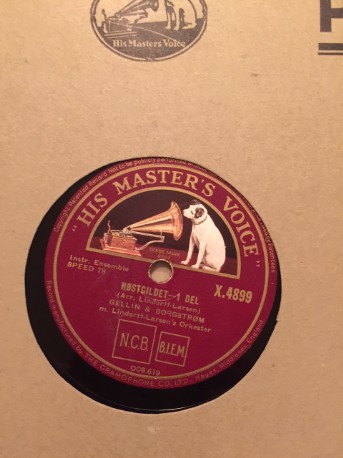 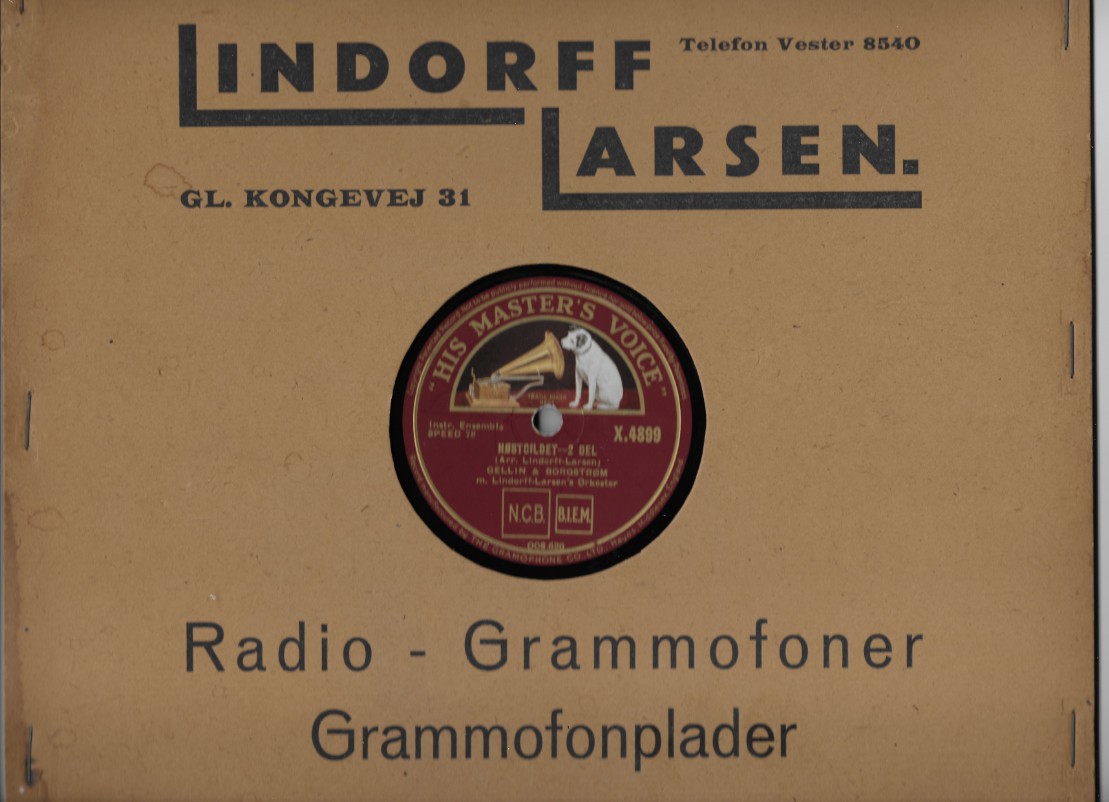 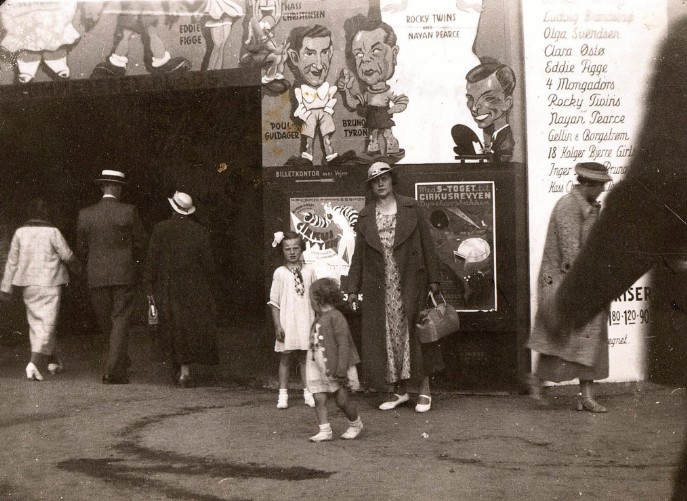 A poster offering a 20% discount on the showtickets if double train ticket is purchased.
Notice that the same poster appears in front of the telt in the picture above. 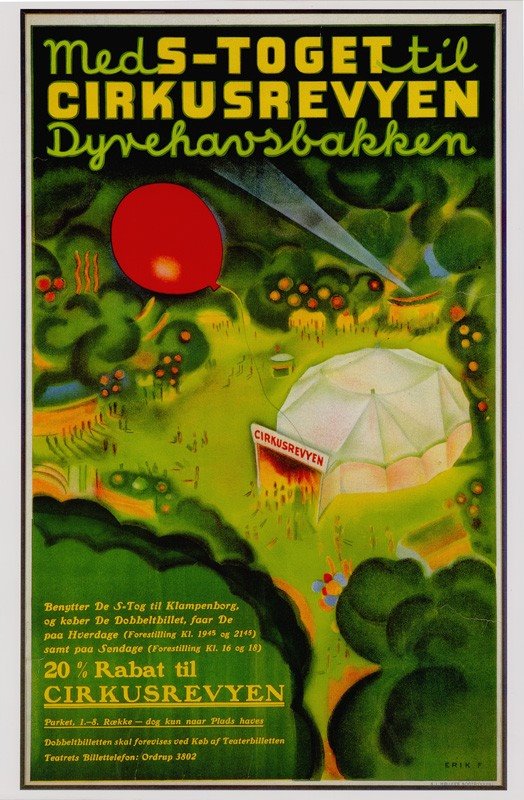 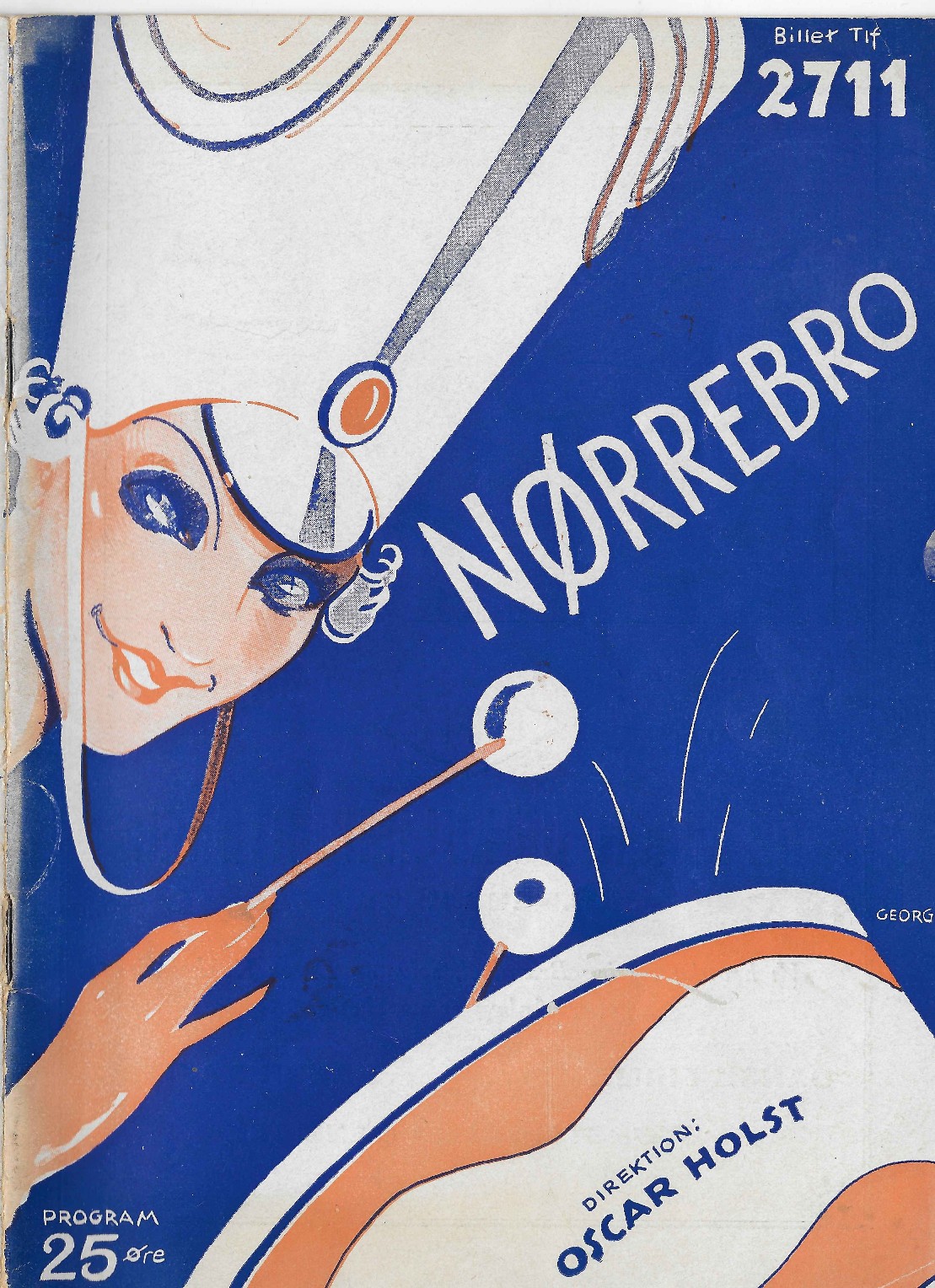 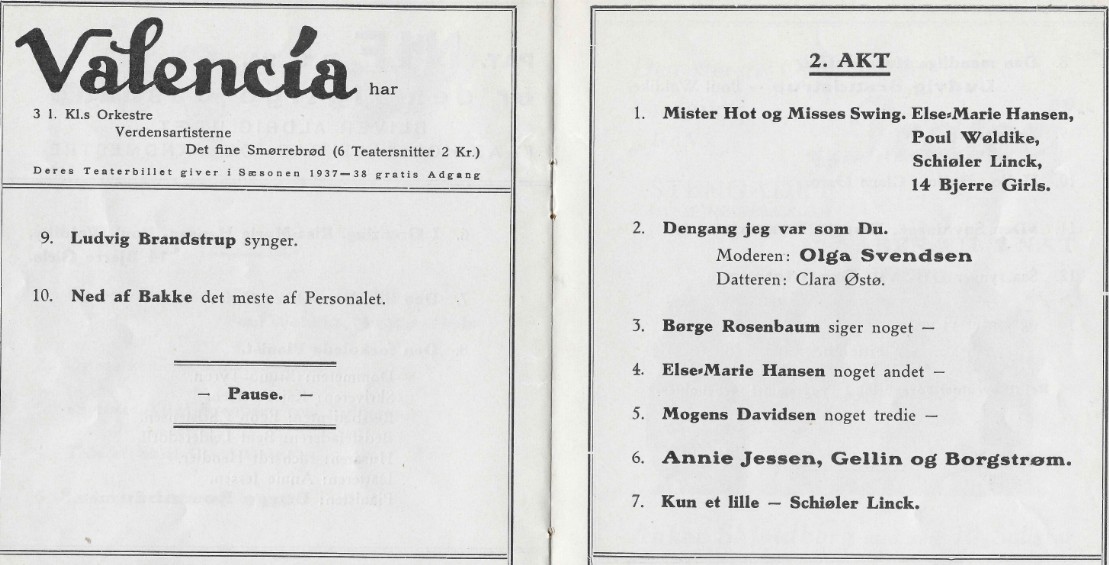 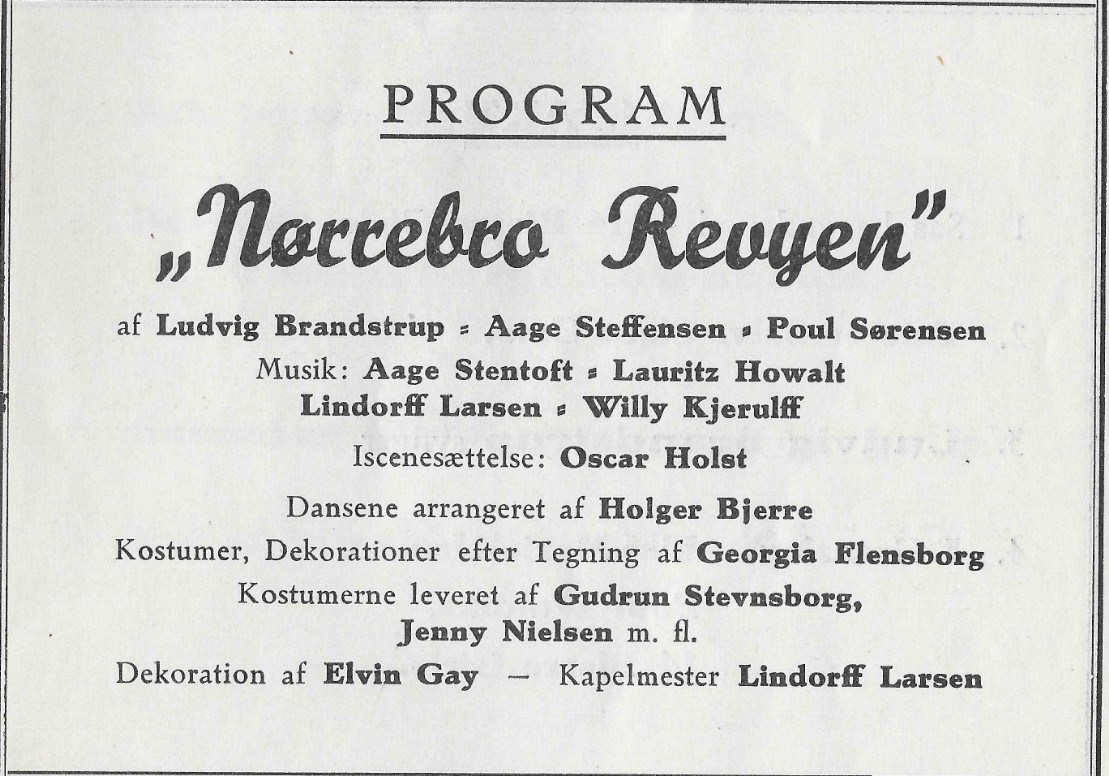 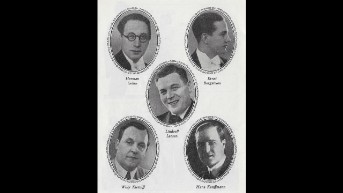 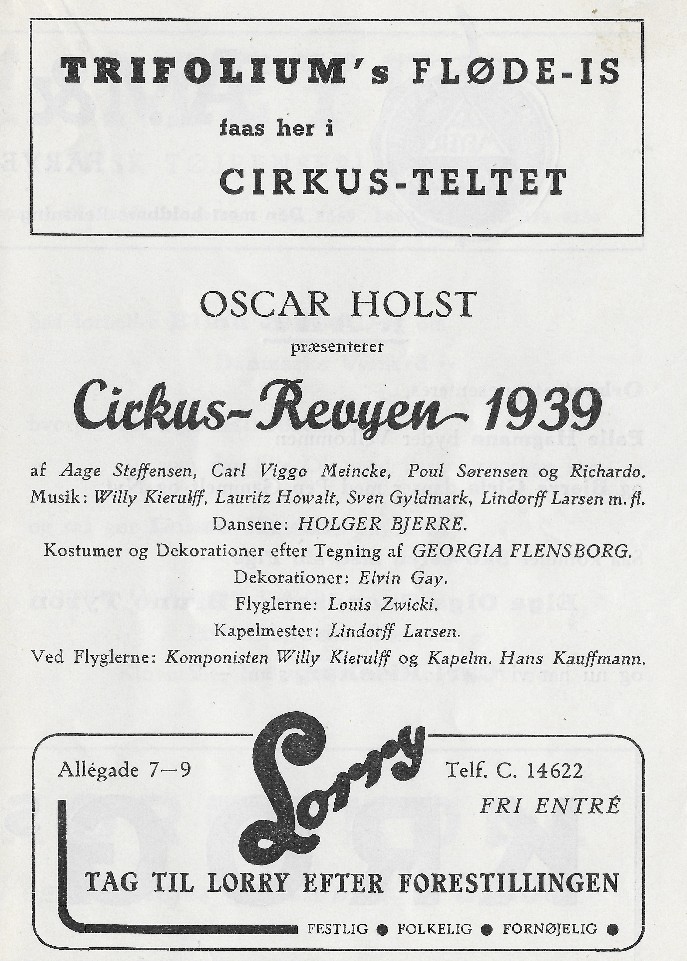 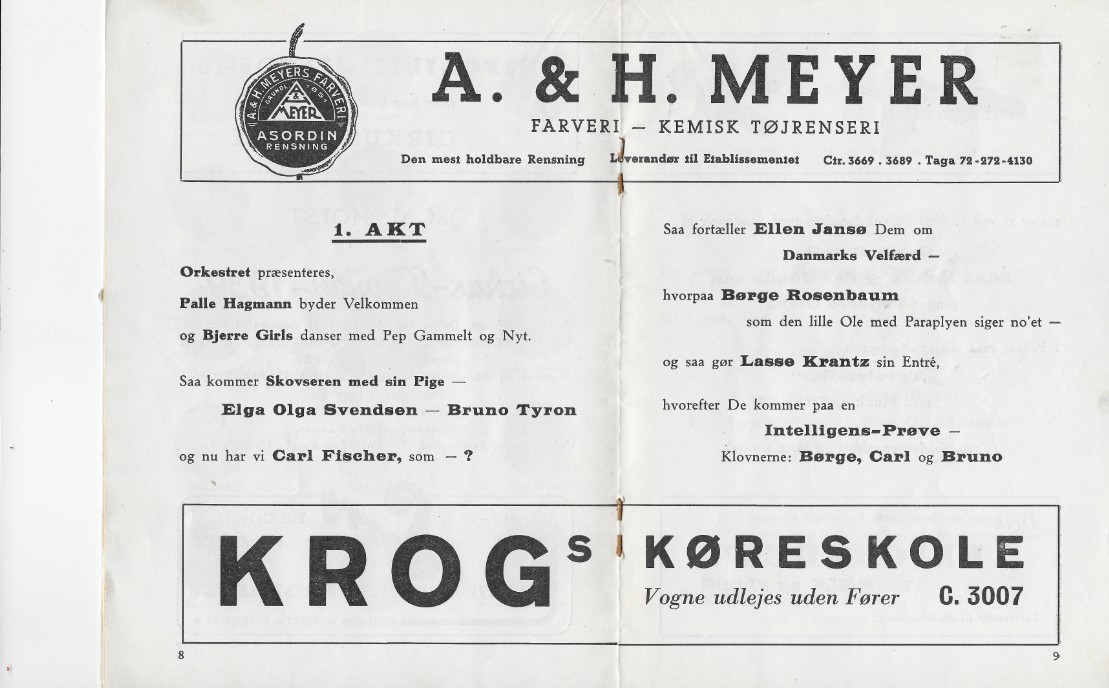 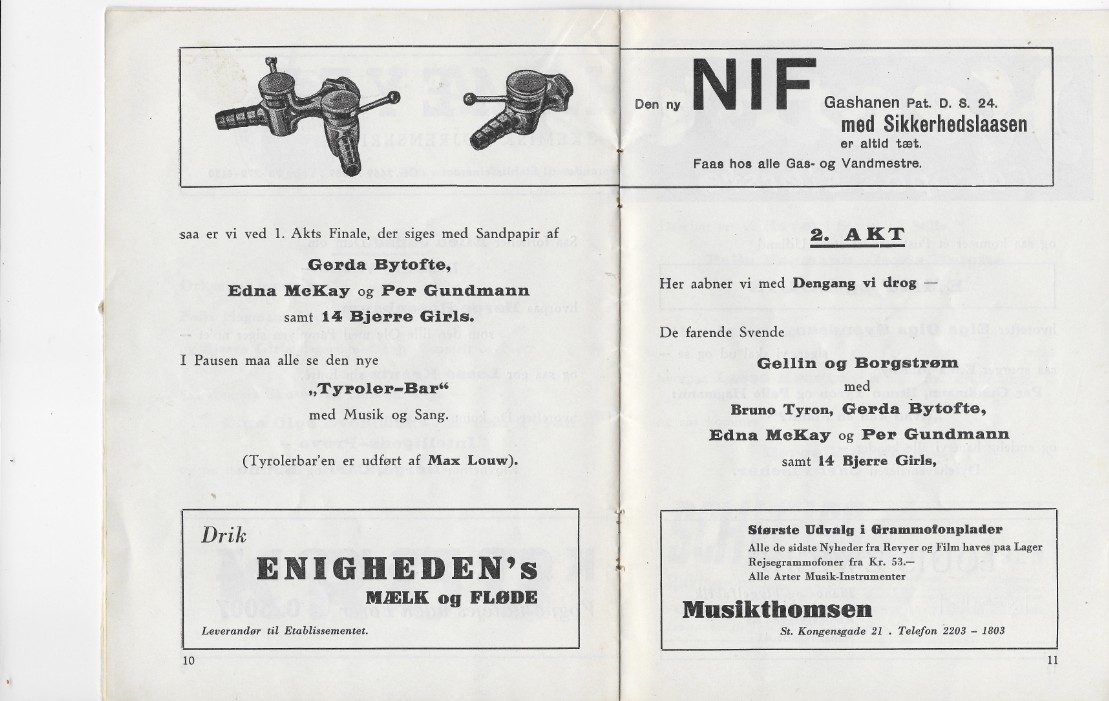 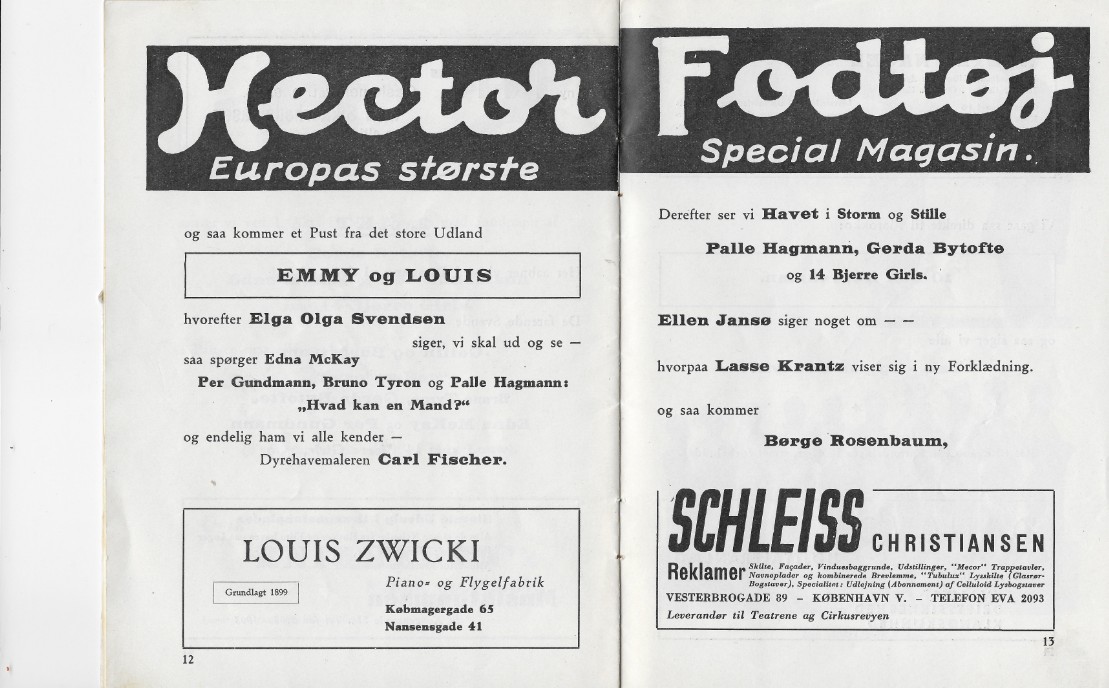 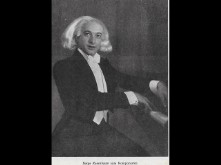