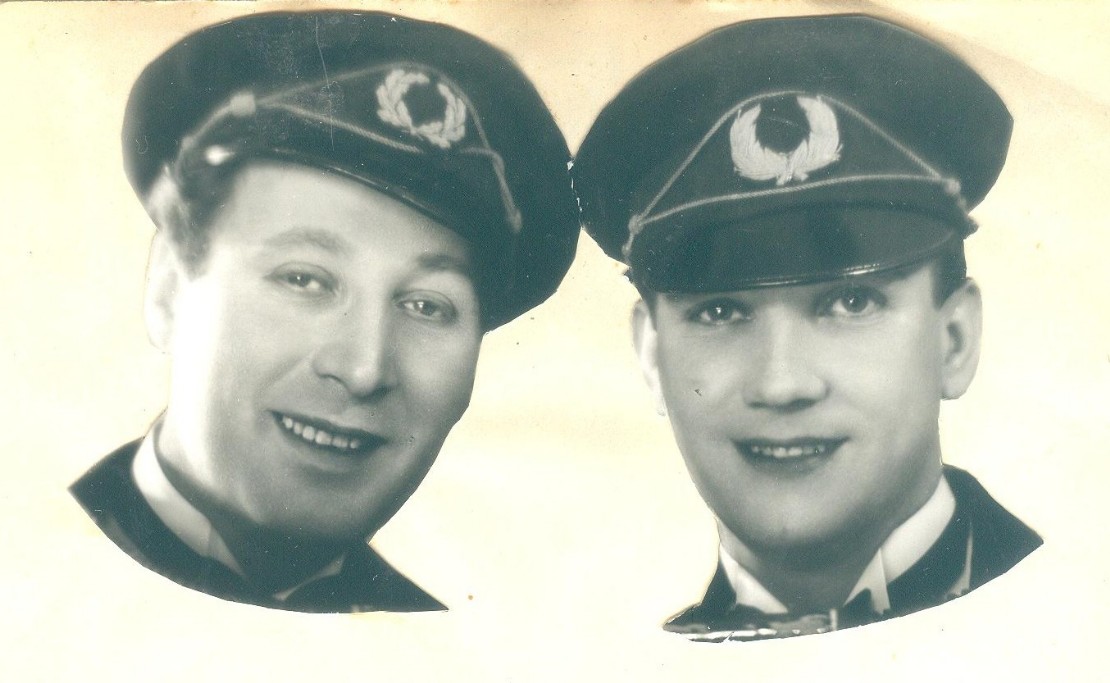 1927 began in Norway with a 2 month (January and Febuary) engagement in Oslo, Norway, and from there to Bergen.
In April they performed in Berlin, Germany
In July in Essen
In August they returned to England where they played in Blackpool, Sunderland, Newcastle. November 27  they performed in Paris, France
Dec 1-15 they were in Brussels.

In addition to the above engagements, they had several other concerts throughout Denmark. 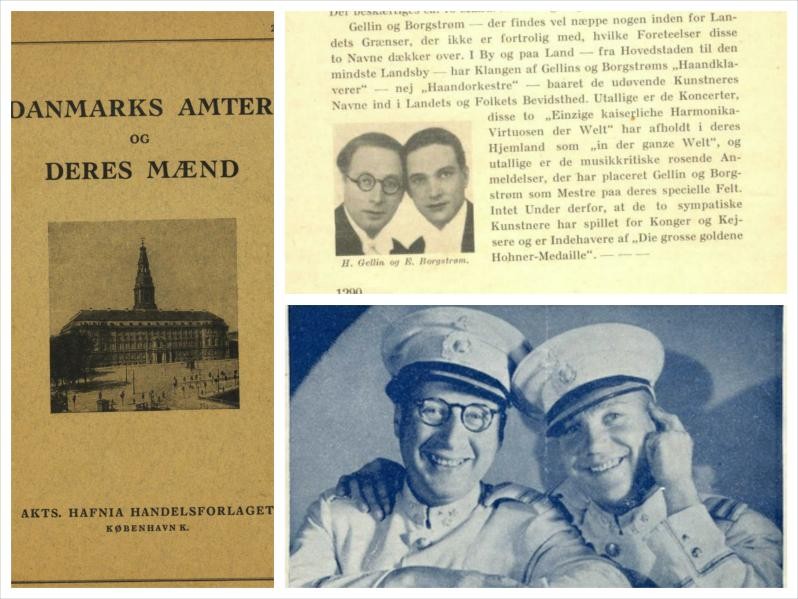 Counties of Denmark, and their men.


Gellin & Borgstrom - there are hardly anyone within our borders who are not familiar with the phenomena that these two names mean. In town and country --- from the capital to the smallest village - the sound of Gellin and Borgstrøms "Haandklaver"(Accordion,(slang)) - No,--- "Haandorkester" ("Accordion Orchestra", also slang) carried the polished performers' names into the country and the people's consciousness.
The  concerts are countless, that these two "Einzige Kaiserliche Accordion-virtuoso der Welt" (Only Imperial Accordion-Virtuosos in the world)  held in their home country as well as "in der ganze Welt" (in the whole world), and countless is the music critical praise  who placed Gellin and Borgstrom as masters in their own particular field.
No wonder, therefore, that the two sympathtic artists have played for kings and emperors and hold  "Die Grosse Goldene Hohner-Medaille" ( The Big Golden Hohner-Medal)
"Gammel Norsk Jægermarsch"
(Schølberg)
Gellin og Borgstrøm
Recorded 1927
Polyphon Label 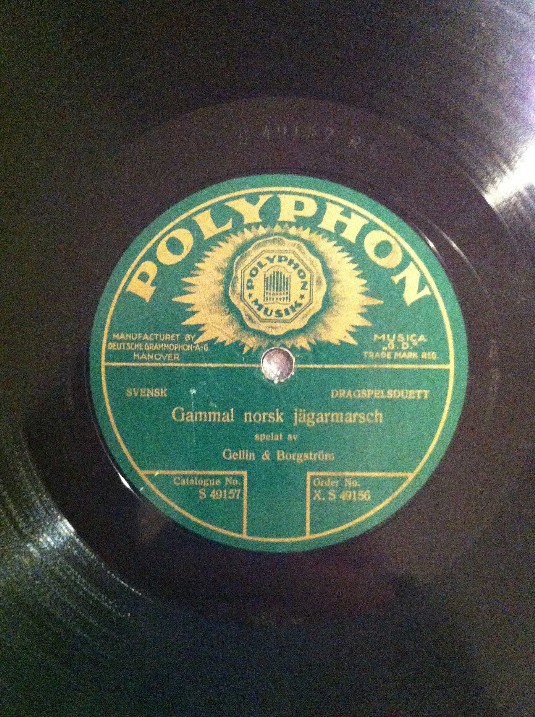 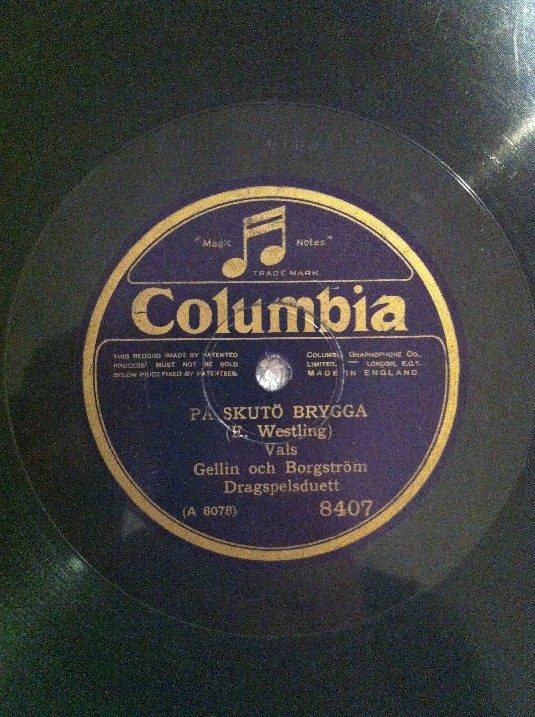